Another interesting piece from The Conversation, by Jess Cotton, Lecturer at the School of English, Communication and Philosophy, Cardiff University.

Illness, unlike war, as English academic and writer Elizabeth Outka brilliantly demonstrates in her book Viral Modernism(2019), is a story that easily slips out of cultural and historical memory.

In illness, the modernist writer Virginia Woolf observed, “We cease to be soldiers in the army of the upright; we become deserters.” Woolf, writing in the wake of the first world war, saw the threat that the Spanish flu of 1919 posed to the stories of national triumph. Influenza moves in invisible and unpredictable ways. It renders everyone potentially vulnerable.

This interest in illness was personal. Woolf came down with several bouts of influenza between 1916 and 1925 and needed to confine herself to bed for stretches of time.

She documents the experience of the Spanish flu in her diary in 1918, noting, as an aside, how “we are, by the way, in the midst of a plague unmatched since The Black Death, according to the Times, who seem to tremble lest it may seize upon Lord Northcliffe and thus precipitate us into peace.”

Her tone is mocking. She would later appreciate the seriousness the threat of influenza posed. But here she suggests that what illness promises to bring is the end of the profit of war that fuels the nationalist sentiments churned out by the newspapers owned by Lord Northcliffe’s vast empire of popular journalism.

Reading Woolf’s work, particularly her 1925 novel Mrs Dalloway, on the 80th anniversary of her death and in the midst of our own pandemic, we see how she tried to rewrite death and illness back into the national story of post-first world war glory and strength.

I’m a lecturer in English at Cardiff University, and teaching literature in a sparsely filled lecture theatre during the pandemic has been a discombobulating experience. Mrs Dalloway provided an entry point to make sense of the business of studying and thinking while a new national emergency unfolded around us. The protagonist of Mrs Dalloway is a survivor of the Spanish flu of 1919 and the sense of life that permeates the text emerges from her experience of rediscovering the pleasures of life. We meet Mrs Dalloway as she weaves her way through London, experiencing the quiet intensity of life one morning in June.

The novel’s famous opening line – “Mrs Dalloway said she would buy the flowers herself” – has taken on new resonance this year as the pandemic has made all our worlds much smaller. Clarissa wants to buy the flowers herself because she is delighted to go out – as we might appreciate – having spent so long indoors.

In class, the students and I thought about what it meant to see Clarissa as a character who has lived through a pandemic and who has come out the other side. Clarissa’s commitment to life, after a long confinement, is hopeful, though my students weren’t all convinced that it felt like one.

At the centre of Clarissa’s party, which the novel builds to, comes the news that Septimus Smith, a young war veteran, has killed himself. In Woolf’s original plans for her novel, Septimus did not appear and Clarissa was to kill herself during the party. In creating Septimus as Clarissa’s double, Woolf is able to move death to the sidelines – as we all would like to.

Woolf revolutionises character by radically tunnelling inwards – giving us not a description of a character, but a map of their psychic life. We experience the protagonist intimately from within – through their stream of consciousness – but peripheral characters also proliferate in the modernist novel.

Woolf recognises how easily it is to cast characters to the sidelines of life. This is, after all, how national fictions work, by making space for protagonists at the expense of those who are pushed further out of view. In the case of post-war Britain, space was made for the glory of war but not for the the Spanish flu.

Mrs Dalloway is a text that shows how memory and mourning work to uphold the values of the British Empire. Its attention on how emotions circulate between people allows us to understand how national structures of feeling are created through newspapers and through the orchestration of symbolic identifications.

“In all the hat shops and tailors’ shops strangers looked at each other,” Woolf writes, “and thought of the dead; of the flag of Empire.” Woolf is interested in showing something that is hard to pinpoint: how national communities are created and sustained; how the war’s dead continue to underpin an inexorable sense of Britishness.

Woolf saw that a subjective perspective was required to make sense of how death continues to inflect the mood of a generation. Mourning, as Sigmund Freud also realised at a similar point, is ongoing, illusory work. What is remarkable about her writing is that Woolf draws our attention to how death pushes us beyond what we can know. In this unknowing, we are forced to admit that our lives are more fragile and dependent on the lives of others.

As one of her characters articulates in The Voyage Out (1915):

“It seems so inexplicable,” Evelyn continued. “Death, I mean. Why should she be dead, and not you or I? It was only a fortnight ago that she was here with the rest of us?”

Woolf’s ability to show how hard it is to explain death helps us understand the difficulty of living with its presence. In the face of the loneliness of death, the growing demise of its communal forms, the diminished structures of public mourning, she provides us with a language for death outside of national structures of commemoration.

As you know, we're writers and artists ourselves and crazy about our little bit of England and its literature. We've a books list on this website, but we really loved this blog in The Conversation by Heather Green, a PhD Candidate, Literary Heritage at Nottingham Trent University, who works for Wirksworth Heritage Centre.

Some books can really bring to life the place in which they’re set. Their words knit together in such a way that whole landscapes or entire floorplans of buildings you’ve...

March 20, 2021
Although we're in Lockdown No 3 in England and it's been worse than the others... mainly because it's winter and the weather is miserable.. we're having GREAT fun with our online tour and quiz. Check us out, as the kids say...
Continue reading...

Back down The Pub with U2, Bob Marley, Amy Winehouse, Charles Dickens, et al…

October 6, 2020
I mentioned in my last blog in June, (yes, it does seem a long time ago!) that I’d not been to Soho or Fitzrovia to check out the pubs we visit on our London Literary Pub Crawl, since lock down in the UK in March. 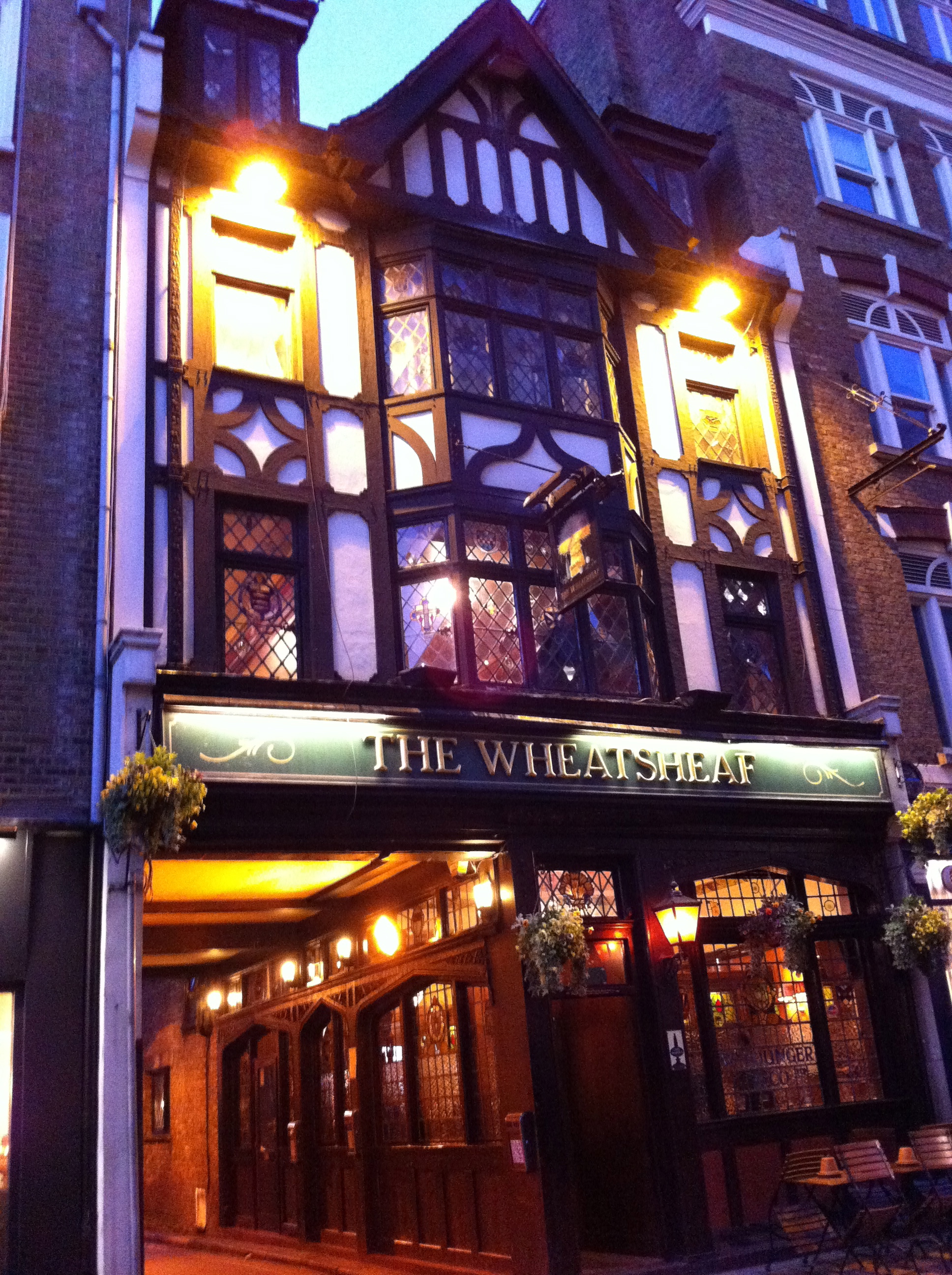 Now I’m pleased to say I have! And although some of the Fitzrovia pubs are still not operating fully at the weekends, it’s great to see that most of the Soho venues are open and firing on all four cylinders, even though we have to stay two metres - six feet - apart from each ot...

The End of the beginning?

June 29, 2020
Well!  Who could have seen, even at Christmas this year, what was coming down the line for Europe, the USA and, in fact, the whole world!
This time last year I was in a cottage in Wales, (for free - thank you so much, the Morris family!) writing my adaptation of Shakespeare's Romeo and Juliet for the Edinburgh festival in August. It was performed in daily rep with the same cast, with my original play, P.A.L.S.
They both went well in August and both shows garnered 5 * reviews. Very unusual for t...