David Bowie - another London star, in the tradition of Beethoven?

Posted by Nick Hennegan on Wednesday, January 11, 2017 Under: London Life

We're used to writers, artists and stars in London.  In the last few months, we've literally bumped into a Doctor Who, a Beatle, a Downton Abbey Lady and the most famous female author in the world!  We've also been asked not once, but twice, to provide a 'secret' performance tour for A-list Hollywood actors and their teams!
But Nick, our writer, remembers early days of Bowie in South London and we thought this might be of interest.

It's by Andrew Frayn, a Lecturer in Twentieth Century Literature and Culture at Edinburgh Napier University. 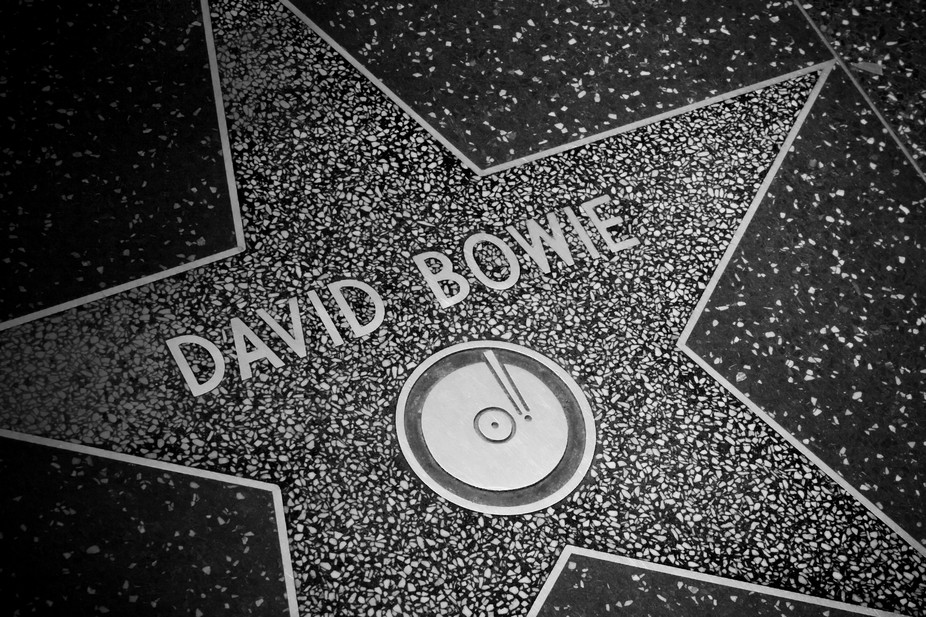 It’s now already a year since the death of David Bowie. Combined with the recent deaths of other musical greats like Prince, Leonard Cohen and George Michael, we have now reached the stage where we are witnessing the decline of the mass culture of the 1960s, 70s and 80s.

The consolation is that we could be in for a very rich creative period as a result. Francis Whately’s new documentary David Bowie: The Last Five Years, which premiered on UK television just ahead of the anniversary, pays tribute to Bowie’s late creative renaissance.

He produced two acclaimed albums, The Next Day and, particularly, Blackstar, as well as a Broadway musical, Lazarus – an EP of the tracks written specially for the musical has just been released. The quality of this output was remarkable, but also in line with what happens to many great artists in their final years.

You want it darker

Bowie was looking back on his career in this material. Blackstar was a self-composed epitaph, written as he faced his mortality head-on. Leonard Cohen’s You Want it Darker is very much in the same vein. Also released shortly before his death last November, it sees Cohen facing death in his signature style, combining maudlin piano melodies with his distinctive vocals and wit. Like Bowie, he approached his art with more urgency towards the end, releasing three albums in four years after a long period of wide gaps between new material.

In 2010, Gil Scott-Heron issued I’m New Here, his first new album in 16 years. It received great reviews for its themes of regret and redemption. It generated much excitement about the prospect of a new prolific period for the American singer/poet following years of addiction, but this was cut short when he died the following year.

Johnny Cash may not have been releasing new material at the time of his death in 2003, but he had recently returned to prominence with similarly reflective subject matter. His 2002 single The Man Comes Around, which he had written a few years earlier and re-recorded for the America IV album, is all about judgement and the Book of Revelation. Then came the double A-side Hurt/Personal Jesus, which highlighted his failing health, devout Christianity and reconciled him to death.

Bowie and these other examples echo what happened to Ludvig van Beethoven, whose late period was famously examined by the German thinker Theodor W Adorno. His ideas were developed more recently by the American literary professor and critic Edward Said.

Adorno thought there was something distinct about the late style of artistic geniuses like Beethoven (and the writer Johann Wolfgang von Goethe). He identified two common moods: either resolution and reconciliation or anger and dissonance. Adorno sees Beethoven’s 1823 mass Missa Solemnis as an “alienated masterpiece”, in which the internal struggle of the artist’s impending death and need for creative resolution results in a work riddled with contradictions and intrigue.

In a similar way, Bowie alludes to his past works in Blackstar while continuing to develop, alongside composition that incorporates both convention and dissonance. Bowie was of course a master of reinvention – as suggested by the title of the 2013 Victoria and Albert Museum exhibition David Bowie Is. He made a career of changing personas, with the likes of Major Tom, Ziggy Stardust, the Thin White Duke and the “Serious Moonlight” Bowie of the Let’s Dance era.

There was even reinvention within his 2010s renaissance, with Blackstar a departure from the rockier The Next Day. Yet by looking back over his career in this material, Bowie’s many reinventions were also one more thing he reappraised.

Whately’s film showed Bowie and his design partner experimenting with subverting various iconic pictures of the singer for the cover of The Next Day – including a black star obscuring the Aladdin Sane cover – before settling on the Heroes lead image from 1977.

The strongly jazz-influenced Blackstar followed in 2016 and was viewed by manyas a final poetic gesture and parting gift when he died two days later. The Whately film suggested Bowie did not know his illness was terminal when he made the record, though the pattern of reckoning with mortality and life lived was clear enough. The voice emerges from the spectral, quasi-devotional title track, but its range is restricted – producer Tony Visconti talks in the Whately film about a shared desire to “mangle the voice”.

But it is the third track, Lazarus, that provides the greatest insight into Bowie’s vision. The song’s lyrical content seems to speak from beyond the grave: “Look up here, I’m in heaven”, he sings. The video shows a hospitalised Bowie bandaged and with button eyes.

It toys with the very possibility of closure, as Bowie retreats into a wardrobe – dressed in the diagonally striped black body suit seen on the 1991 CD reissue of Station to Station. But then it stops with the door ajar, speaking to the permanence of art.

The same motif continues in the final track of the album, I Can’t Give Everything Away. It reads as a summary of Bowie’s artistic principles, indicating his need to retain something of himself behind his personas. The track reuses the harmonica from the sinister yet optimistic instrumental A New Career in a New Town, which concludes side one of his seminal 1977 album Low.

This returns us to his creative peak, while suggesting the apprehension that accompanies new experiences. And despite being one of the smoothest tracks on the album, it avoids the conventional stability of the chord resolution of the title track in favour of Lazarus’s more unsettled tonality, concluding with a minor sixth. This suggests a trailing off; something to be continued.

With this immense final statement, David Bowie has set the tone for a period in which major rock artists are conspicuously and consciously producing late works. In death as in life he set a benchmark. As many other contemporary artists reach the end of their lives, it is to Bowie’s works that their own late output will be compared.