Phew! 2019. Dickens in the USA and Romeo & Juliet in Edinburgh! Bring on Oliver, Knopfler and the Rolling Stones...

Posted by Nick Hennegan on Monday, December 30, 2019 Under: London Life

It’s been an incredible 2019 in all sorts of ways.  The worlds of politics on both sides of the pond have seen incredible events.  I’m sure George Orwell is smiling, wherever he is. Or maybe grimacing!  On a more domestic note, we sold out in the summer and I was at the Edinburgh festival fringe again with not one, but TWO new plays.  Well, one new adaptation - a footballing version of Romeo and Juliet with a feisty Juliet - and a comedy (some would say tragi-comedy) I wrote a few years ago called P.A.L.S. (Pete, Andy, Linda and Sue), about four kids growing up on a council estate housing project. We were so fortunate to come away from the world’s biggest open arts festival with 5 star reviews!  All my shows are due to tour the UK and Ireland over the next couple of years.  Indeed the version of Charles Dickens ‘A Christmas Carol’ I wrote and directed has toured the USA and Italy this year, performed brilliantly by my friend and colleague, Guy Masterson.  Booking now for 2020! 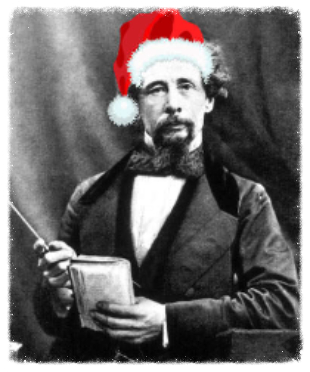 Also new for 2020 is a Literary Pub crawl about the actor Oliver Reed. Oliver Reed famously died whilst filming Gladiator, but spent most of his early life in Wimbledon. His breakthrough role was playing Bill Sykes in the musical film, ‘Oliver’.  So we’re going to celebrate the life of a colourful actor and a great personality; probably starting in March. In addition, there is a rich vain to be in mined in Hammersmith, in West London. Many of the greatest song writers artists and performers lived in this area although it’s not much known about. Dylan Thomas, for instance, lived on the Hammersmith Mall and did you know the Rolling Stones recorded their latest album in Hammersmith.  In a studio owned by Dire Straits Mark Knopfler! In addition there are some famous residents - directors and actors, so it’s time we explored this culturally interesting area. The Hammersmith rock writers tour will probably start in March as well. Until then it just remains for me to say Merry Christmas and a happy New Year if you’re celebrating it - and if not, have a great holiday. See you on the other side!