It’s been a couple of months since I last posted here.  But I’m trying to sort a script and music for our national tour of A Christmas Carol later in the year.  I finally managed to get a group of international journalists together to come on the London Literary Pub Crawl, so we’re having our official opening 5 years after we started!  I’m working on a TV script; I’m trying to negotiate with a National Trust garden to present a WW1 play in November and so spending time on this blog is not really a priority.  That's my excuse anyway...! ;-)

I’m delighted that Roller Diner,  a musical I was loosely involved in creating with writer and friend Stephen Jackson at the Billesley Pub in Birmingham years ago, has gone on to win the prestigious Verity Bargate Award and is now playing at the Soho Theatre.  If you've been on the tour when I've hosted you'll know ALL about the Soho Theatre! 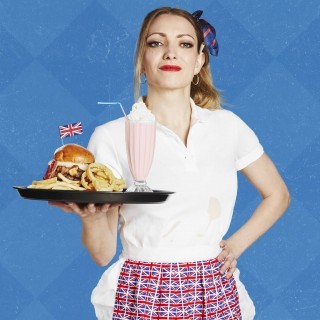 And like everyone, I’ve been moved by recent events in London and Manchester.  I met a friend in the Soho bar who came to see Roller Diner.

“Thank god for this.” he said.  “I felt like weeping most of the day, watching the constant TV news pictures of the burning flats.  But life goes on.  This has set me up for the week.”

And it made me think a bit about how important we are as creators of stories.  In a mad, bad world, writers can create a balance and make a difference.