WE'RE RAPIDLY BECOMING ONE OF THE THINGS TO DO IN LONDON, AS OUR SOCIETY OF LONDON THEATRE AWARD PROVES!

Our performance tour is unique and run by London writers, actors, blue badge guides and artists.

We're less a traditional tour and more a guided performance. See Where Anthony Burgess (A Clockwork Orange) was threatened by a real knife gang. Dylan Thomas met his wife, Caitlin, And T.S. Eliot renounced his US citizenship to become British.

“I would recommend the London Literary Pub Crawl to anyone who loves English Literature, or London, or both!  I would absolutely love to go on the tour again next time I’m in London as this was such a lovely experience.” 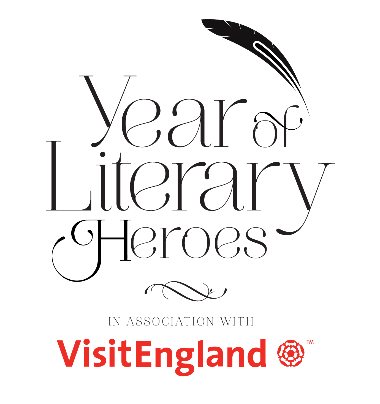 It takes approximately three hours and includes live extracts of some stunning works and encounters with long-gone writers!

There isn't time to eat during the tour or drink at every pub, but we have a few drink breaks! The tour covers just over a mile, so is fairly gentle, but it's London, so sensible shoes, warm clothing and an umbrella may be a good idea. The tour will go ahead in spite of the weather!

No previous knowledge is assumed - indeed, part of the fun is discovering more about literature's  household names. Groups are encouraged too.

The London Literary Pub Crawl was created by Nick Hennegan,

Nick has an M.A. in Creative Producing for Theatre and Live performance from Birkbeck College, University of London.  He has successfully produced shows on both the large and small scale, fringe, UK and international touring circuit and won numerous awards, most recently the Society of London Theatre's Stage One Bursary Scheme for New Producers, 2014 and 2015.

"We hope this website will become a hub for those with an interest in Literature and London - both first-time visitors to the city and those who live here.  And we are all inspired by the works of some of our literary greats including Charles Dickens, Brendan Behan, Dylan Thomas,  Anthony Burgess, George Orwell, Virginia Woolf... the list goes on. You can see these characters brought to life in London for the first time!

Maverick has always been about access to the performing arts and combining literature, acting and the odd pint sounded like a great idea! Fortunately, the critics agree!

Our performance tour is unique and run by writers, actors and artists."

See the Video Postcard below for a few messages from us...